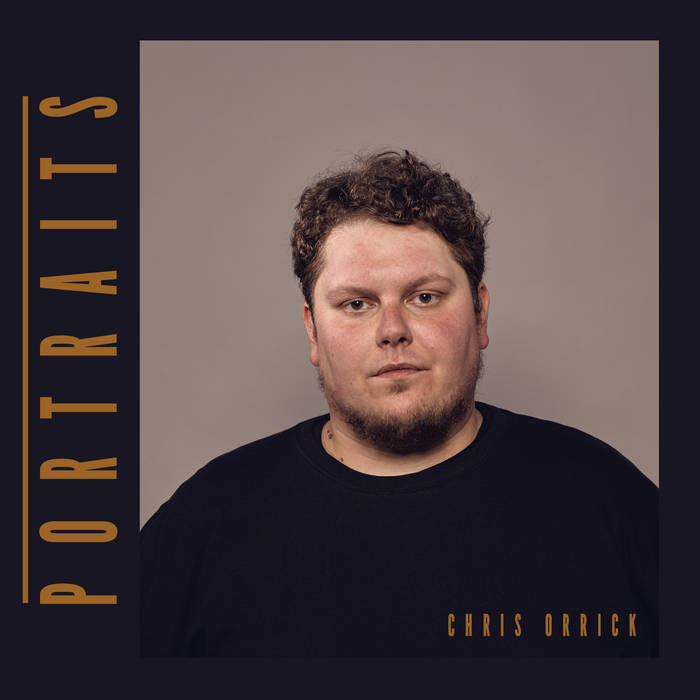 Justin Blackman Outdid yourself. Good shit. Up there with "Look What...". My man is Bob Ross with a mic. Painting vivid pictures. Dont sleep. Favorite track: Anywhere Instead (prod. L'Orange).

kth333 Awesome, new jams from Chris. If this early-released track is any indication of what’s to come we are in for a wallop of an album. Thank you very much brother. Take care and all the best, peace! Favorite track: Mom (prod. Nolan The Ninja).

Valve This makes me super excited for the next Ugly Heroes album.Verbal and Chris can hold their own, but this comes close to being as good as an Ugly Heroes album on its own. Pure fire. Favorite track: Lazy Buddies (prod. Apollo Brown).

No one confronts the abyss better than Chris Orrick. The Michigan ex-factory worker formerly known as Red Pill has spent the last half-decade documenting industrial decay, familial pain, and struggles with addiction better than almost anyone inhabiting this poisoned soil. It’s somewhere between Charles Bukowski and Michael Moore, or maybe Atmosphere if he couldn’t ignore the arsenic in the air.

As Orrick tells it, “Portraits,” his latest album for Mello Music Group is a return to form.

“I tried to strip everything down to what I think I'm best at: simple, concise portraits of who I am,” Orrick says. “Whether that be finding myself through self-portraits, portraits of everyday workers, portraits of the current political moment or portraits of myself told through the eyes of people I encounter daily.”

From the corroded arteries of the blue-collar heartland, Orrick emerges as one of the most incisive and savage critics of Trump’s America. If the American dream is dead, he unflinchingly lays the blame on avaricious corporations, crude demagogues, and structural racism. There’s nothing polemical about it: just warm-hearted, sad-eyed, gin-flooded depictions of a life where there are few right answers but a litany of wrong ones.

The Michigan native is an acerbic poet, but too unpretentious and sarcastic to ever call himself that. In his love letter to his long-time girlfriend (“Lazy Buddies”), Orrick fantasizes about the pair decamping to a town an hour outside of Paris, where they can blissfully split a bottle of cheap wine. Then he mocks himself for being a little corny. But that’s part of its charm—through his ruthless honesty, we can see ourselves as we actually are—prone to idle delusions, indolence, and self-obsessed.

“Portraits can often be overlooked, but there are so many details in the face that tell innumerable stories about what the person portrayed might have been feeling or going through,” Orrick continues. “I'm trying to find those details, within myself and within America today."

On “Anywhere Instead,” he grouses about how most days he doesn’t want to leave his bed until noon, staring at his phone, wishing for imminent death. It’s a nothing matters, gallows humor that anoints him a laureate of existential dread. He captures the terror of the void, the ambiguity of not knowing where or when your next direct deposit will hit. He’s wise enough to understand how little he understands, allergic to cheap irony or forced symbolism. As he points out on stories, “not every story has a meaning, not every moment has a reason, sometimes you just let the music play and tell you what to say.”

It’s obvious how loudly the music speaks to Orrick, who is rarely short of opinions or serrated observation. The somber piano-based melancholy and rugged drums of “Portraits” thump via a gifted arsenal of producers including Nolan the Ninja, L’Orange, Exile, Apollo Brown, and Onra. Only two guest rappers appear, Fashawn and Orrick’s partner in Ugly Heroes, Verbal Kent. Orrick carries the rest of the weight and you sense the Atlas burden he shoulders.

But for the all the poignant complaints, there’s a soulful profundity at the core of the album. It goes further than stress over bills, nicotine and liquor compulsions, and a search for deeper revelation. If you can hear a song like “Mom” without slightly crumbling, you might be iron-born. It’s a eulogy for Orrick’s late mother, dead at 45 without seeing her children grow up, without the opportunity to take pride in her son’s ability to realize his dream—however flawed it can occasionally seem. It’s here where you sense the power of these Portraits. They capture the pain that too many of us feel, that manifests itself in so many distinct ways. For a little while, we understand the raw f&cked up complexity of what it means to be a human being in a lunatic world. The portrait is personal, but it’s all of us too.

Chris Orrick is the patron saint of a poisoned world. The blue-collar MC writes spiteful chants for the permanently scarred, death letters for the forgotten, surly hymns for charcoal lungs. Think Bukowski on an eloquent bender, swapping wine for whiskey, a notepad for a glowing LED screen, the race track for the recording booth. These are anthems for the irate, over-educated and under-valued. ... more

Bandcamp Daily  your guide to the world of Bandcamp

Featuring interviews with the mighty Hiatus Kaiyote and genre-busting L'Rain.